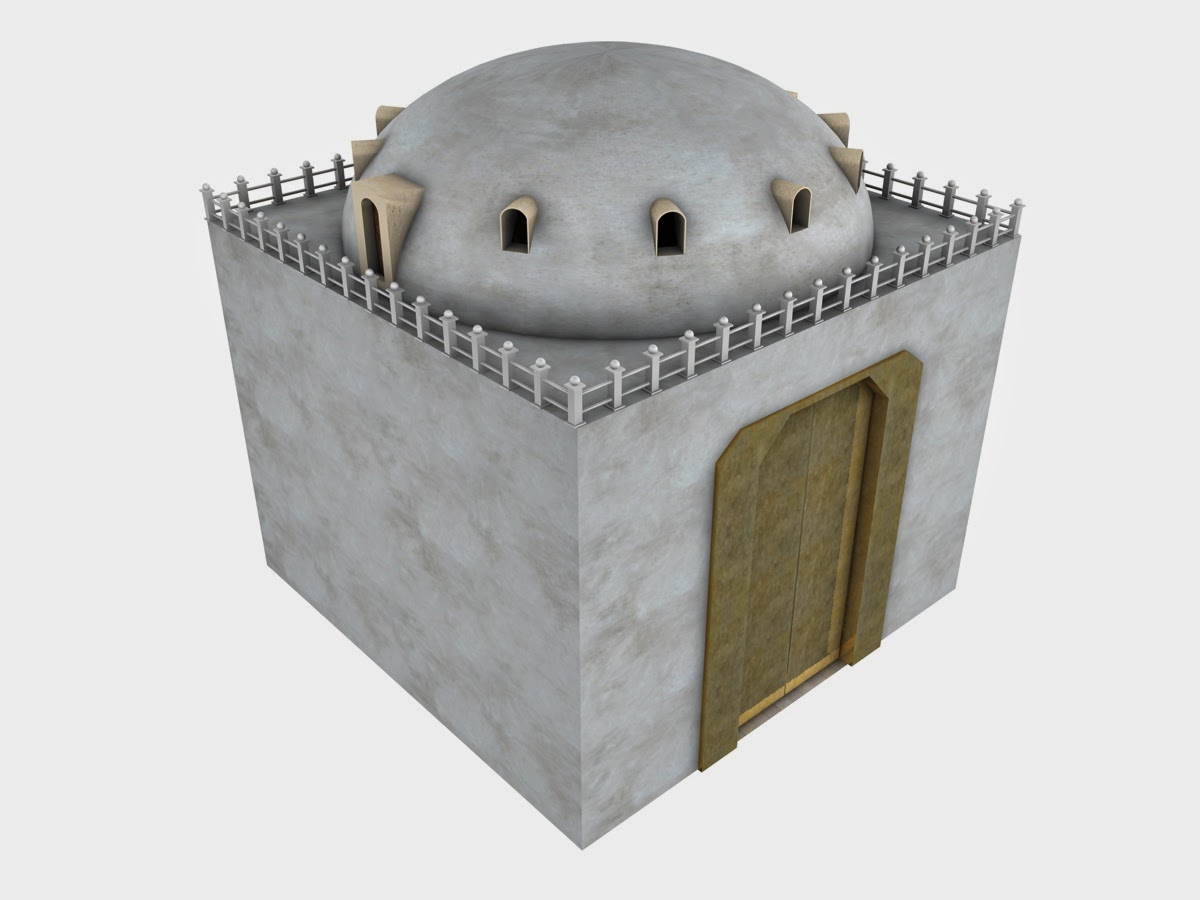 The Hall of the Fire was built on the border between the Courtyard and the Temple Mount: the southern half of the Hall was located in the Courtyard and possessed Courtyard sanctity while the northern half had the lesser sanctity of the Temple Mount. Blocks of wood protruded from the Hall’s eastern and western walls from floor to ceiling provided a visual indicator of the boundary between the sanctified and unsanctified areas (similar to the blocks of wood which divided the Israelites’ Courtyard from the Kohanim’s Courtyard). These helped ensure that sacrificial meat was not accidentally brought past the boundary, which would cause it to become invalidated.

One of the floor tiles in the unsanctified half of the Hall had a ring set in it which allowed it to be lifted. A chain attached to the underside of the tile held the keys to all of the Courtyard’s gates, and these hung down into a square depression in the floor. After the gates were locked (from the inside), the keys would be hung on this chain, the tile would be replaced in the floor, and a Kohen would sleep on top of it (which is why it was necessary for the tile to be located in the unsanctified portion of the Hall of the Fire, since Kohanim were not permitted to sit down in the Courtyard). Another function of the Hall of the Fire was to serve as the location from which a trumpet would be sounded (from one of the Hall’s windows) on the eve of Shabbos and Yom Tov to mark the time when work was forbidden.

As mentioned above, the Hall of the Fire constituted one of the Courtyard’s major gates. The Hall had a large gateway centered in its northern wall providing access from the Cheil (the portion of the Temple Mount surrounding the Courtyard) and another gateway in its southern wall leading into the Courtyard. The gate to the Courtyard had an additional small door within one of the larger doors which was secured with its own keyed lock. This door was just large enough to allow a man to pass through it but no larger, and each day a team of Kohanim would enter the Courtyard early in the morning via this door to check that everything was in place for the start of the sacrificial service.

In the four corners of Hall of the Fire were smaller chambers which opened into
the main room (as opposed to having exits directly to the Courtyard or Temple Mount) and each served a different purpose:
• SE corner: chamber where the Lechem Hapanim was baked.
• NE corner: Chamber of Receipts where the public could purchase libations to accompany their offerings.
• NW corner: chamber housing a stairwell leading down to the private bathhouse of the Kohanim. In this bathhouse was a mikveh where the Kohanim would immerse before beginning the sacrificial service.
• SW corner: chamber where the lambs for the Tamid offering were kept.

In the picture we are standing just behind the central warming fire and looking north toward the gate leading to the Temple Mount. To the left of the gate is the chamber leading down to the bathhouse and to the right is the chamber for purchase of libations. The blocks of wood marking the Courtyard boundary, seen here on the lefthand side, are protruding from the wall of the chamber holding the Tamid lambs. This chamber was much longer than the others and took up the majority of the western side of the Hall. Above the chambers was a stepped balcony, running around the perimeter of the Hall, where the Kohanim would sleep. This balcony will be the focus of the next post.