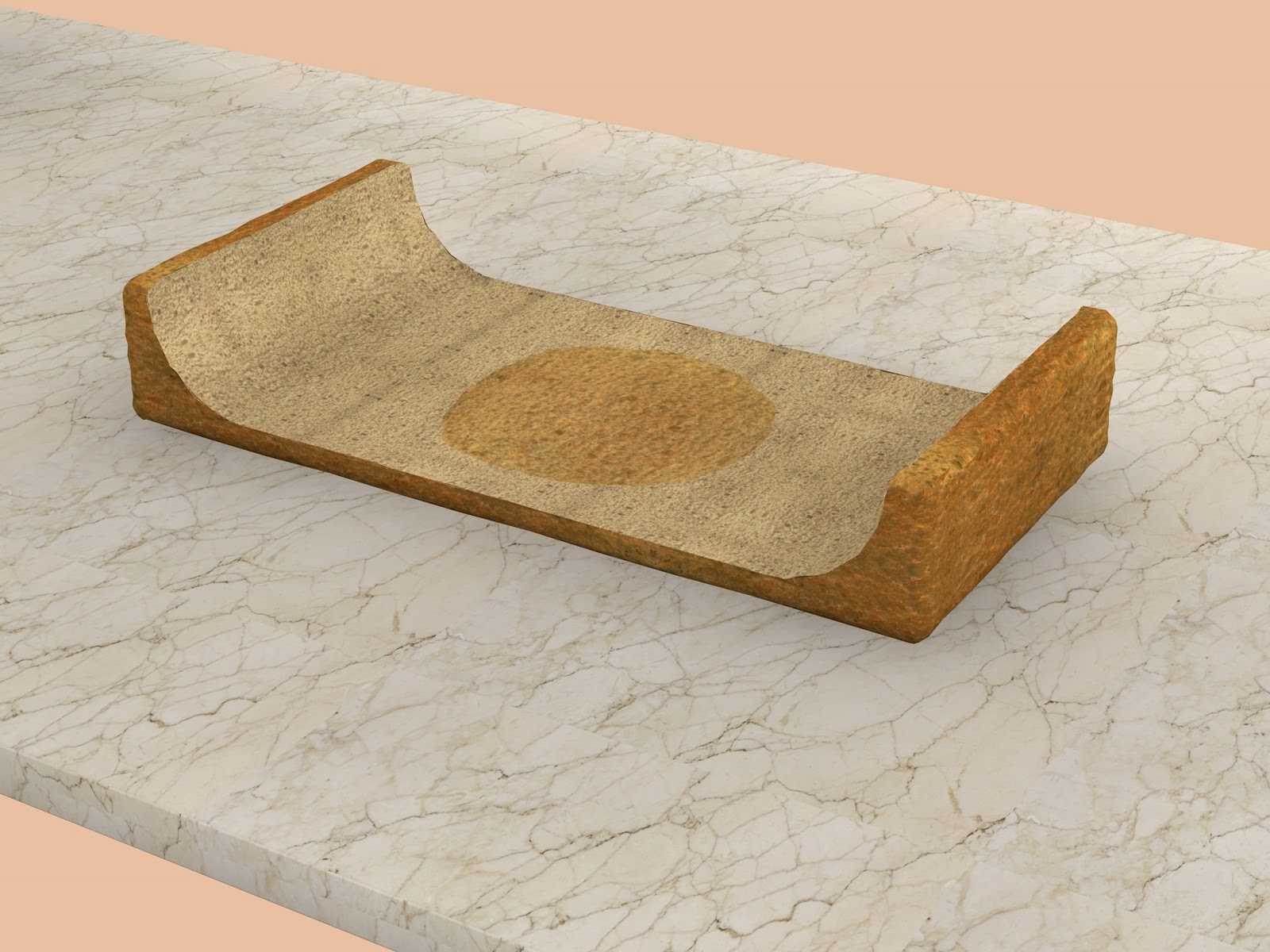 One of the great mysteries of the Temple era is how the lechem hapanim [show bread] was baked. These were the twelve loaves of unleavened bread which were stored upon the Golden Table within the Sanctuary and distributed among the Kohanim each Shabbos. Only the members of the Garmu family knew how to produce these curiously shaped loaves and they jealously guarded their secret. Even so, from the Mishnah and Gemara we can get a better idea of just how they did it.

[The explanation given here is based on Menachos 11:1 with Tiferes Yisrael ad loc.]

Part of the "secret" is that the loaves were shaped largely through the use of forms. First, a golden form was brought which set the outer dimensions of the loaf. 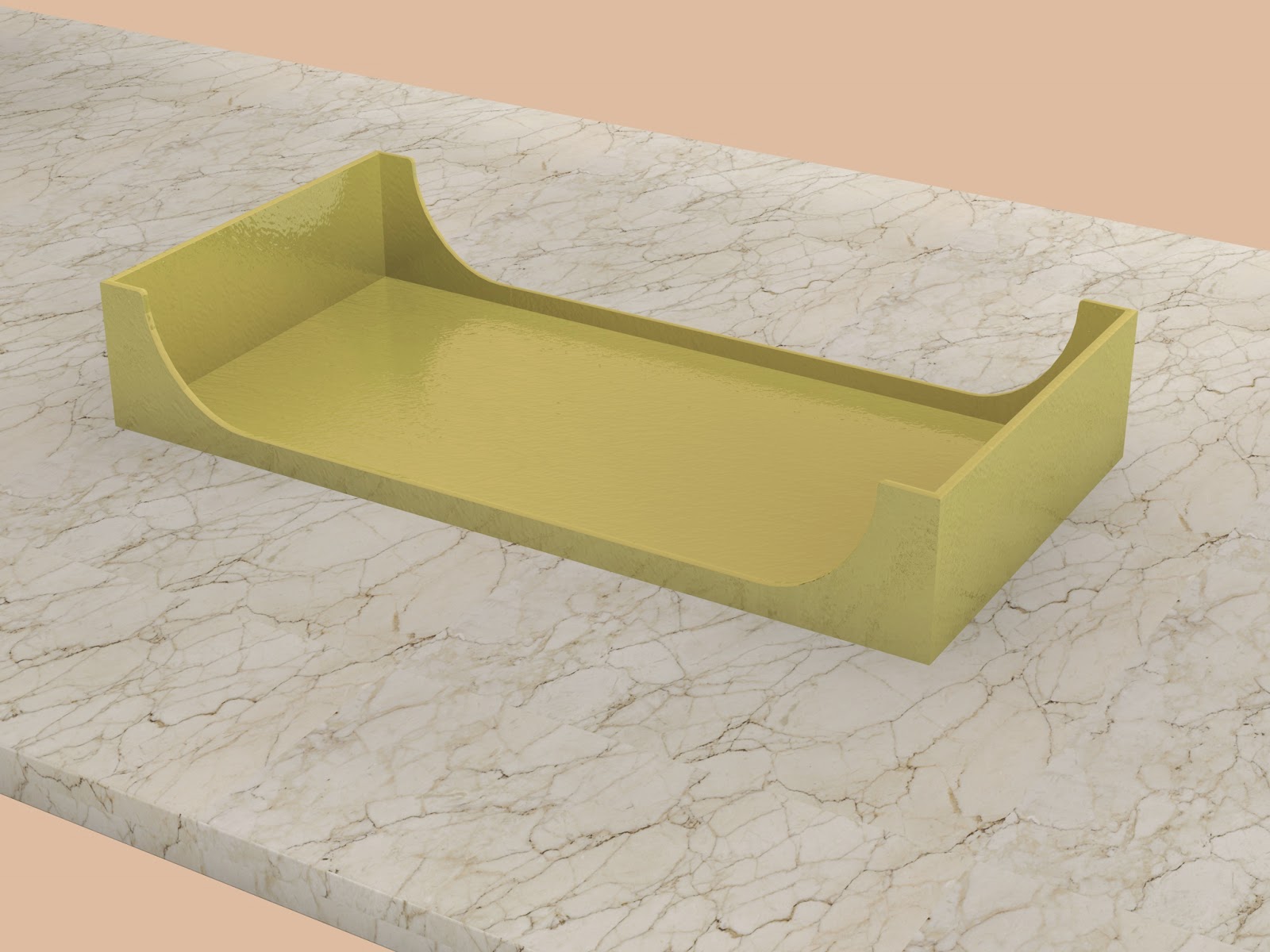 The dough was put into this form and pushed into the corners and also up against the two ends to create the "faces" of the loaf. 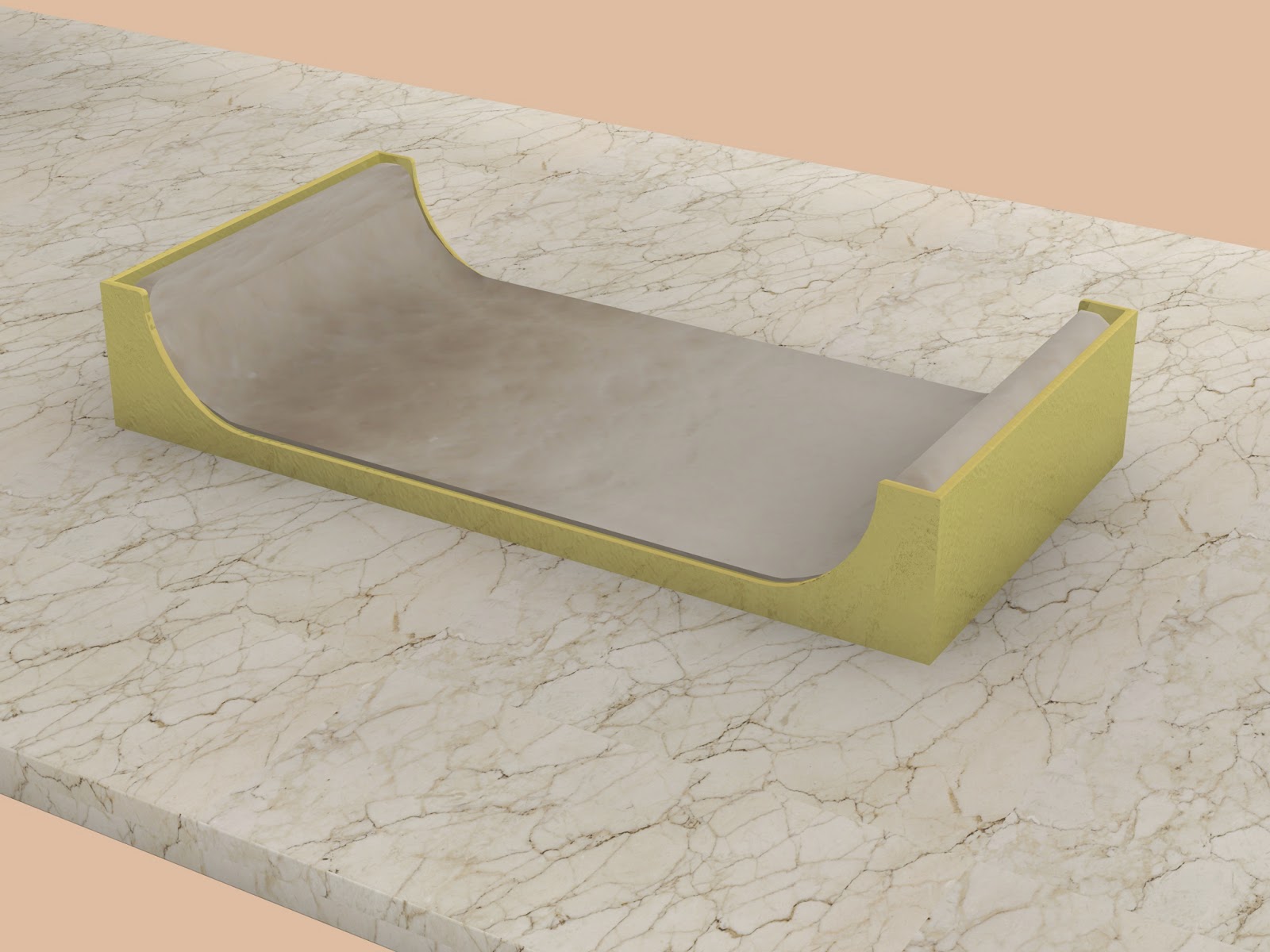 The oven used to bake the loaves had a "beehive" within it, i.e., a rounded, hollow hump which was the exact shape of the inner radius of the loaf. The beehive had a hole in its top to allow heat to pass through to the dough as it baked [and presumably some vents along the side to allow the heat into it from the bottom].

The fact that the beehive had rounded corners contributed to the structural integrity of the finished loaf since it created a radius where the bottom of the loaf met the "faces," or sides. Had the beehive been a square block then the sides of the loaf would have been attached at a 90˚ angle and this type of joint is much more likely to break when placed under stress.

In the picture I show the beehive as a separate piece but it was actually built into the floor of the oven. 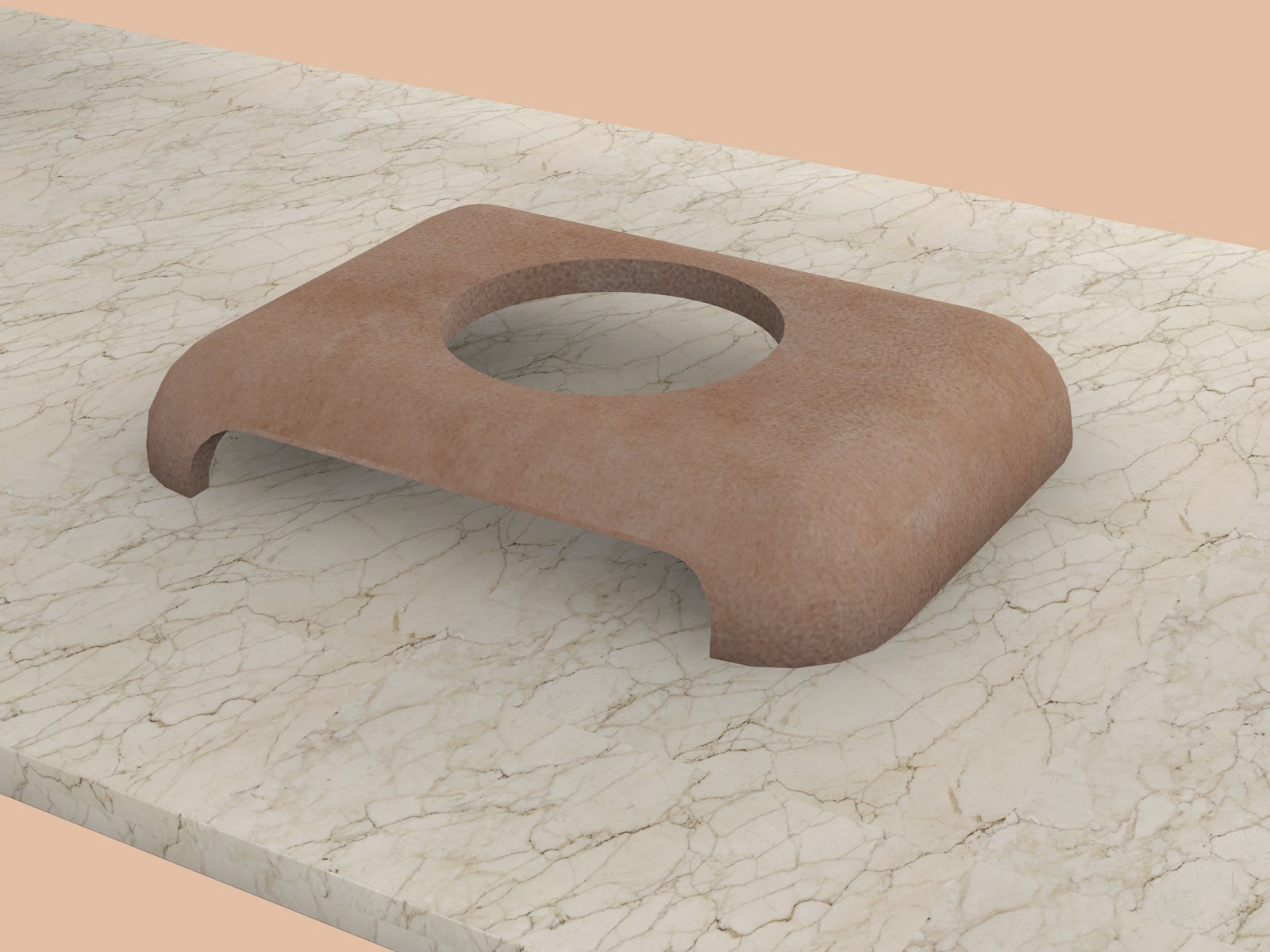 The golden form containing the dough was inverted onto the beehive. 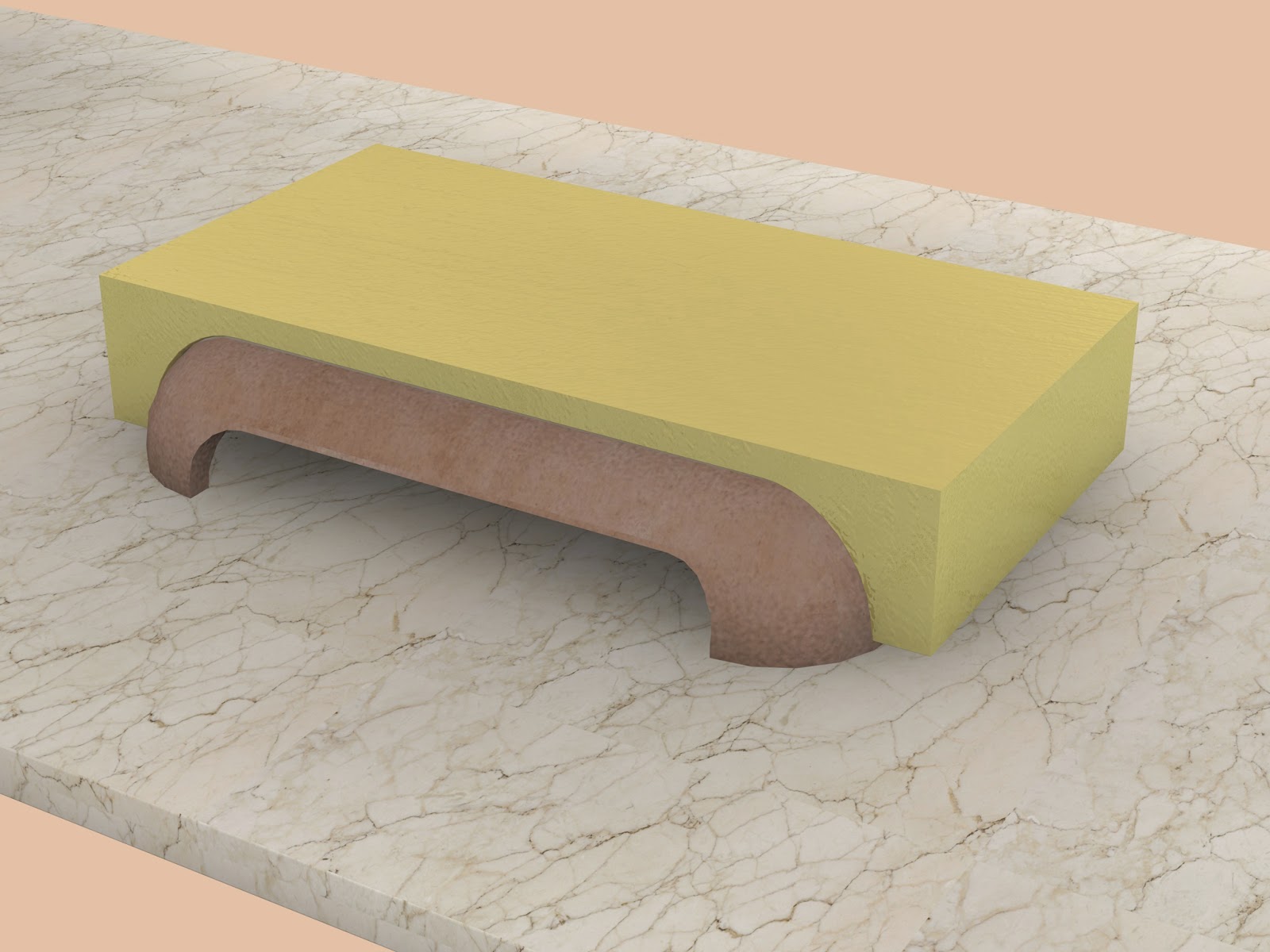 The form was removed and the dough remained behind, keeping its outer shape while resting upon the beehive. 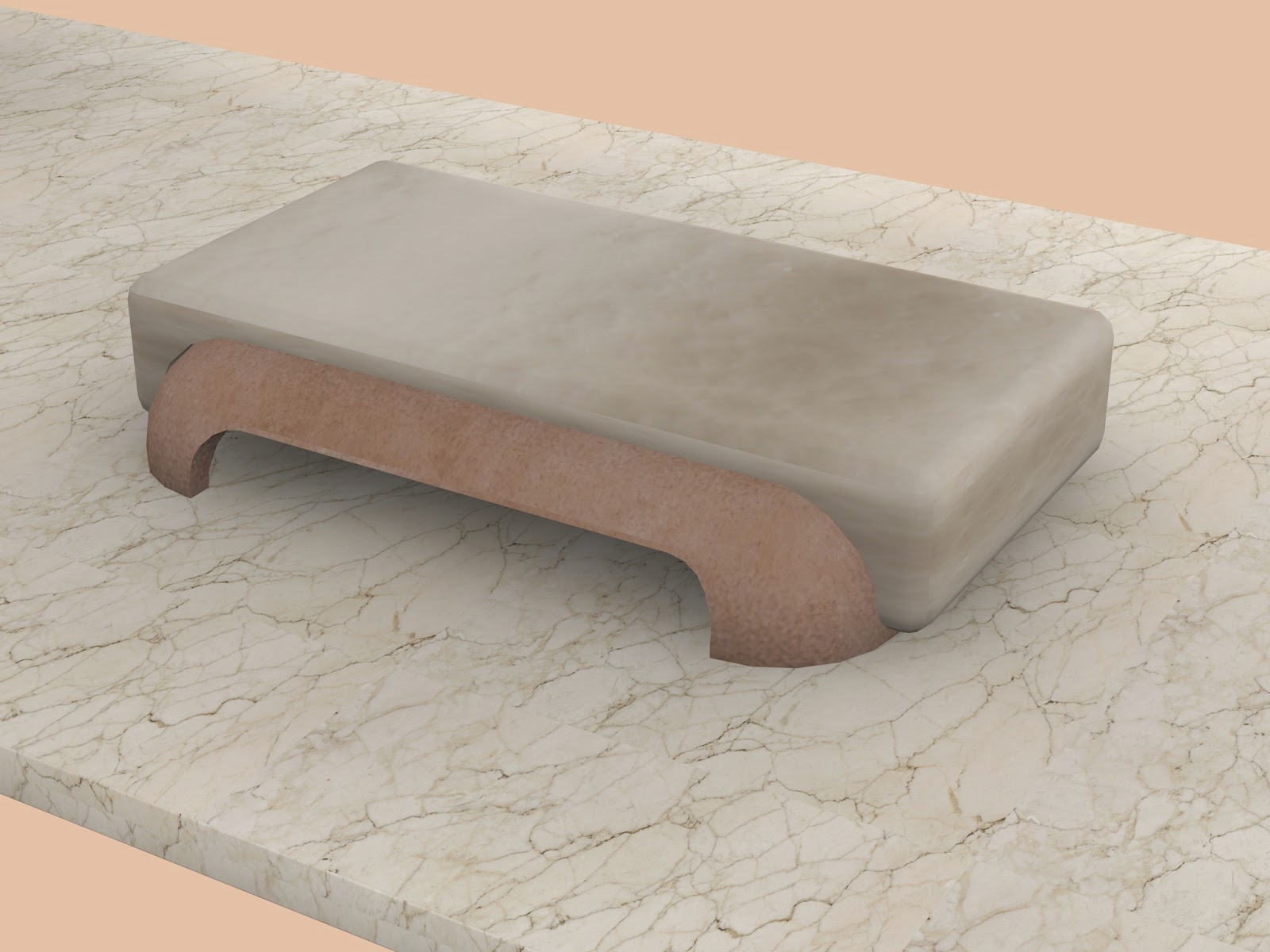 It baked upon the beehive until it was done. 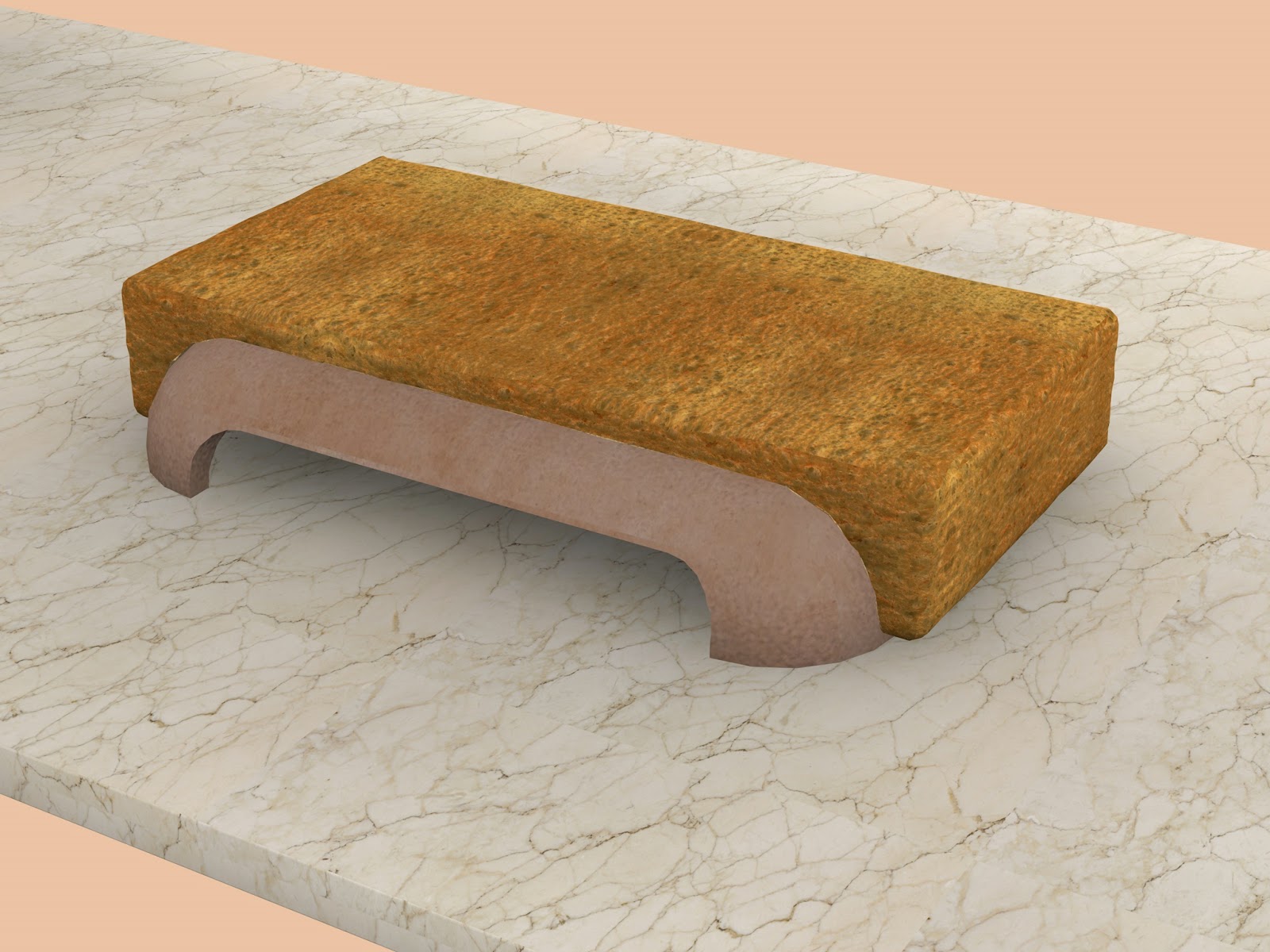 The loaf was removed from the oven and placed into another golden form which helped maintain the outer shape of the loaf as it cooled. Since the loaf was not confined to a form while in the oven, it expanded slightly during the baking process. [A form was not used in the oven since, had they done so, the outer surface of the loaf would not have baked properly.] Therefore, this cooling form was slightly larger than the first golden form. 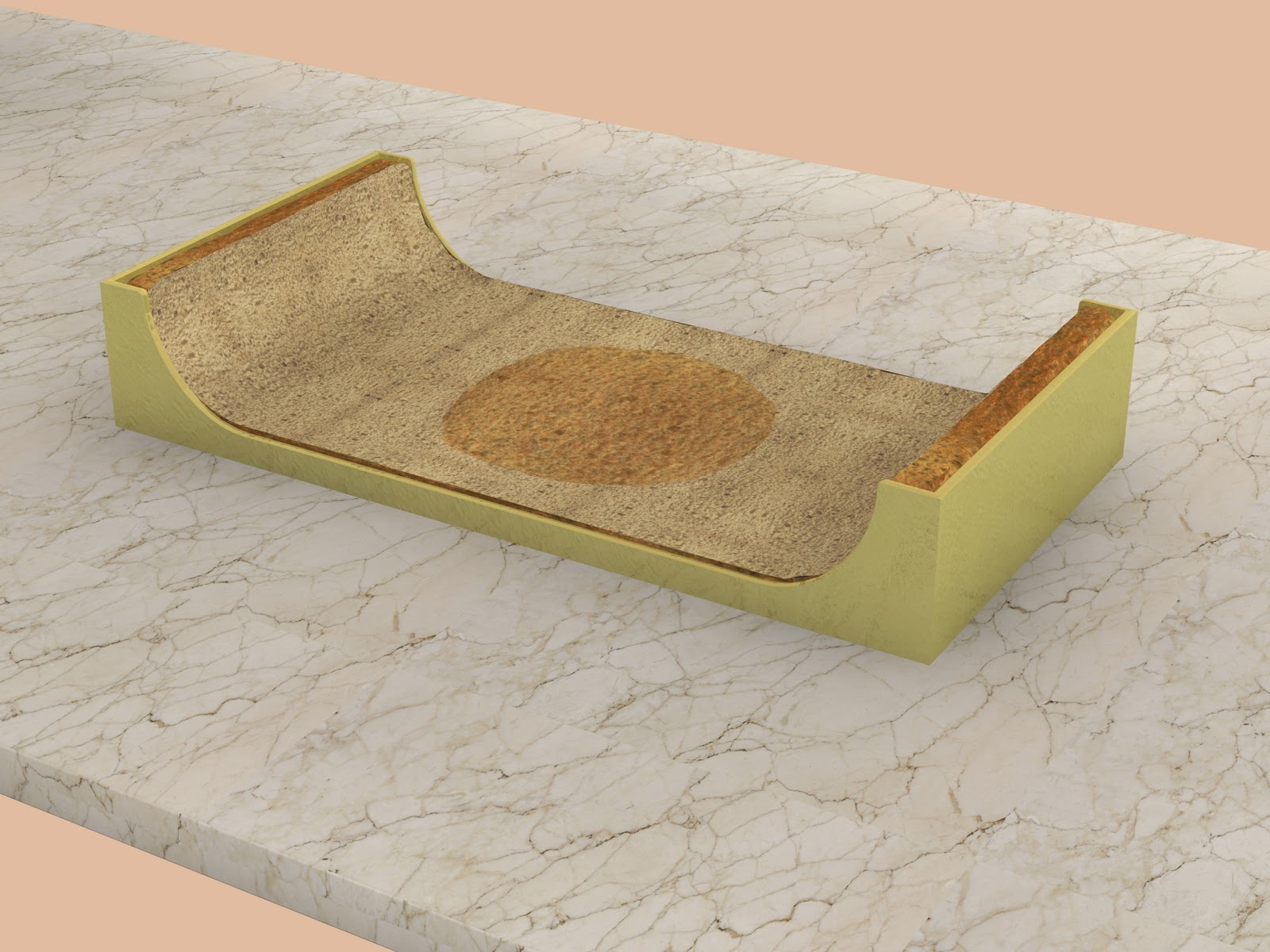 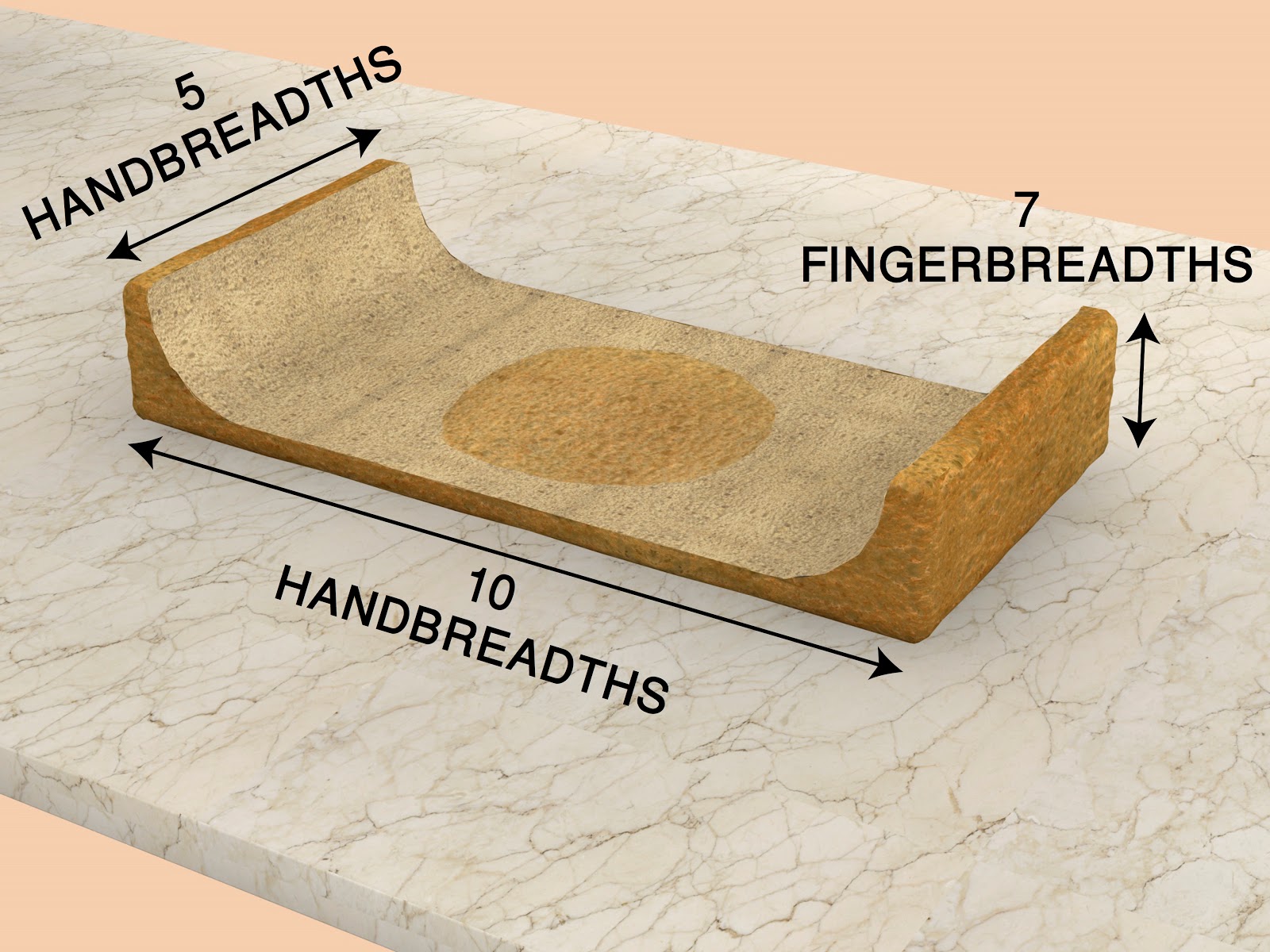