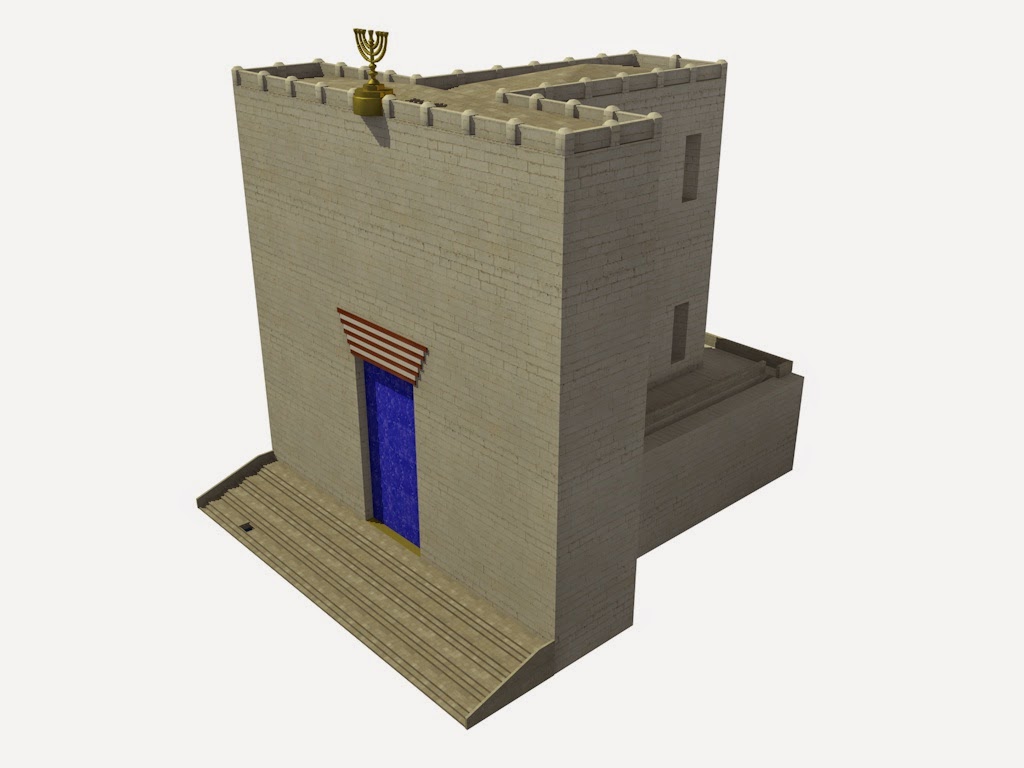 
Originally, the hides of the sacrificial animals offered in the Temple would be distributed each evening to the Kohanim who were on duty that day. When a group of strong-armed Kohanim began taking these hides by force, the Sages instituted that the hides be distributed on Friday when the entire watch of Kohanim was present and could oppose these strong men by sheer numbers. Unfortunately, some high-ranking officers of the watch used this new arrangement as an opportunity for personal gain and took the hides for themselves. The Kohanim who were the rightful owners of these hides grew quite frustrated and unanimously decided that all hides shall henceforth be consecrated to the Temple treasury, thereby forbidding anyone from taking them. [The rogue Kohanim who had no qualms about stealing from their brothers apparently would not consider stealing from G-d.] This influx of hides to the Temple treasury was so great that it provided enough funds to plate the entirety of the Sanctuary with tiles of gold, one amah square and as thick as a dinar coin. Before each festival these tiles would be removed from the walls and displayed upon the steps of the Cheil on the Temple Mount so that the Jews coming to Jerusalem could see the beauty of their craftsmanship.

The Talmud (Pesachim 57a) does not specify whether the gold tiles were applied to the inside, the outside, or both sides of the Sanctuary building but simply states that חיפו את ההיכל כולו, they covered the entire Sanctuary, with these tiles (and this same wording is copied by Rambam and Rav to Middos 3:8 who do not elaborate further). From the fact that the tiles needed to be removed from their regular location and placed in the Cheil in order for people to appreciate their craftsmanship it follows that they were normally hidden from view of the general public, i.e., on the interior of the building. This contention is further supported by the Mishnah in Middos 4:1 which first reiterates שכל הבית טוח בזהב, the entire building was covered in gold, as the Talmud above had described, and then goes on to say that the only surface not covered in gold tiles was the area within the Holy concealed by the Sanctuary doors when they were open. From here we see that (at the very least) it was the interior of the Sanctuary which was plated with gold.

Furthermore, the First Temple had gold plates covering the entirety of the Sanctuary’s interior (see I Kings 6:21-22 with Metzudas David ad loc.), [The expression used there in Scripture is ואת כל הבית צפה זהב, and the entire building [Solomon] plated with gold, and this is interpreted to mean that the gold plating covered every part of the interior, i.e., even the ceiling (ibid.).] The treasurers of the Second Temple would certainly have based their renovations upon the design of this Temple and used the newly acquired gold to plate the interior of the building before opting to apply gold to the exterior.

The Talmud (Yoma 54a) states that among the decorations on the interior walls of the Sanctuary were depictions of embracing cherubs, and when the public would gather in the Temple on the festivals the Kohanim would open the curtain in front of the Antechamber and the two curtains in front of the Holy of Holies and allow the people to view these cherubs (see Tiferes Yisrael to Yoma 1:5 §(2); cf. Gevuras Ari to Yoma loc. cit.). Although it was generally forbidden (by Rabbinic decree) to gaze at the interior of the Holy of Holies even for a valid need, which is why Middos 4:5 states that craftsmen who were carrying out repairs in the Holy of Holies had to be placed inside enclosures which prevented them from looking at other parts of that chamber, the Sages determined that viewing the embracing cherubs gave the public a tangible appreciation of the love which exists between G-d and His people and thus qualified as a “great need,” which is not subject to their original decree (Tiferes Yisrael loc. cit.). Now, Rashi (to Yoma 54a s.v. כרובים דצורתא) writes that what the people would see were the cherubs which were either painted onto the walls or carved into the wooden panels which covered the stone walls. This explanation fits well with the contention that the gold tiles which normally plated the interior of the Holy of Holies were removed for the festivals, allowing the public to see the original decorations which graced its walls.