The southern half of the chamber had two floors, and I imagine that this was where all the court records and family trees of the Kohanim and Leviim were kept. Since this half was consecrated no sitting was allowed here. Unlike the Hall of the Fire, for example, no indicator was used on the inside of the chamber to mark the border between the consecrated and unconsecrated halves, although in my design it turns out that the edge of the upper floor provides a convenient visual indicator of where the border lies. The door on the right side of this picture leads into the chamber used by the Kohen Gadol during the week prior to Yom Kippur.

On the occasions that the full court did meet, the tables and chairs would be cleared away to make room for the litigants and to ensure that all those present could see each other. As was the case in the smaller courthouses, three rows of 23 students each sat before the court on the ground. Seen seated at the end of the semicircle of judges is one of two court stenographers who would record all of the proceedings. Just behind him is a door leading down to the Temple Mount.

The floor of the Chamber of Hewn Stone was even with that of the main Courtyard and the part of the chamber which extended beyond the Courtyard walls to the north stood 16 amos (24 feet) above the Temple Mount. It was supported by a large basement which was either filled in with dirt or may have been hollow inside for use as some other chamber.

When seen from ground level this structure indeed resembles "a large house upon a second story" (Rashi). 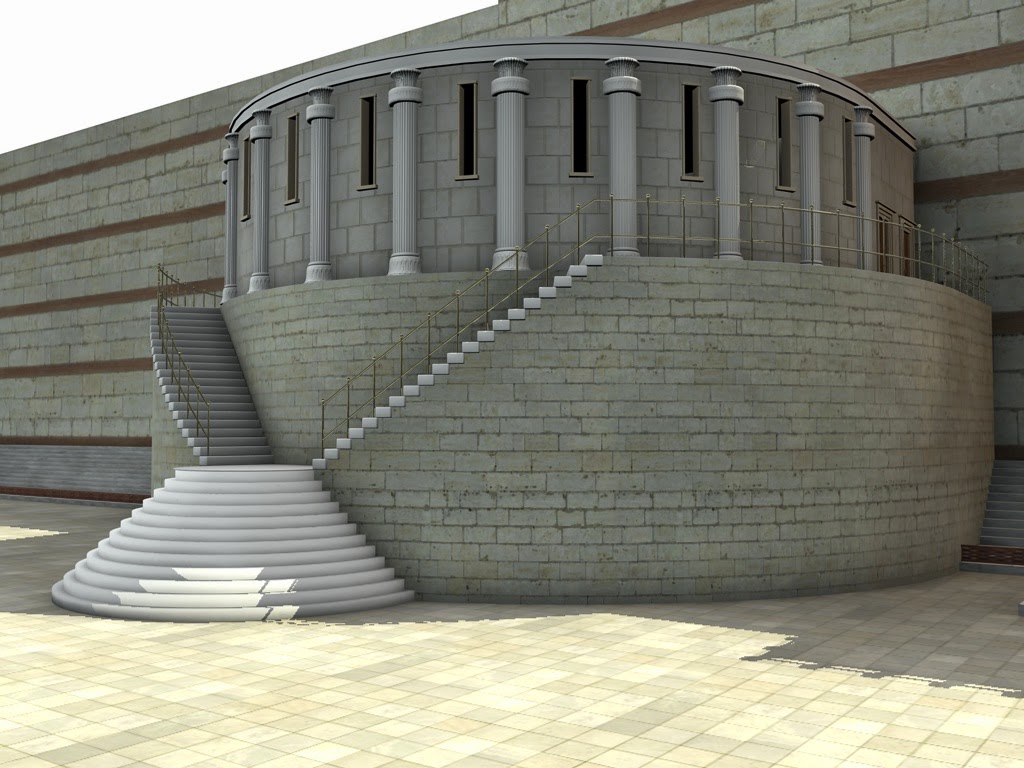