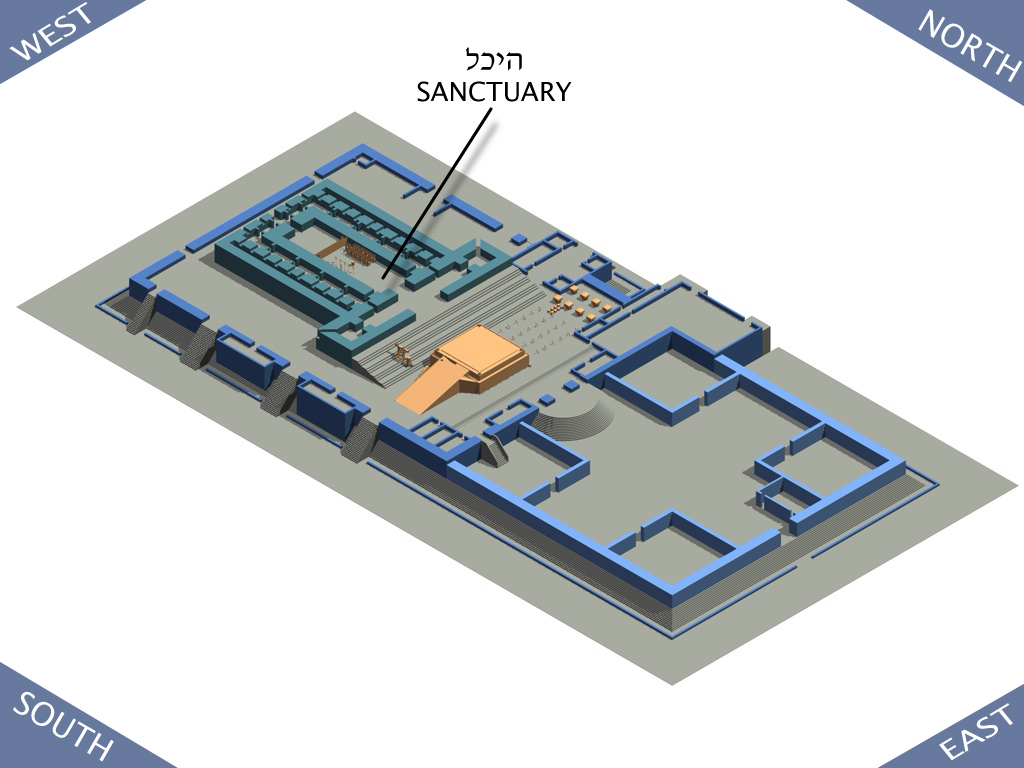 The term Heichal in its simplest sense refers to the chamber of the Sanctuary Building where the Menorah, Table of the Show Bread, and Incense Altar were housed. Also known as the Kodesh [Holy], this chamber was accessed by a gateway in its eastern wall leading in from the Antechamber. Like all Temple gateways, its double doors were secured with a keyed lock, but unlike all other gateways, it had two sets of doors. If we assume that every lock in the Temple was unique and required its own separate key, the Heichal gateway would thus require two keys. Below is an animation showing how the Heichal doors opened:

As the animation shows, the inner Heichal doors were opened before the outer ones. The Kohen opening the doors would first enter one of the tauim (small rooms) which were built around the outside of the Heichal chamber and from here he would enter the Heichal and open the inner doors, followed by the outer ones. The tau, too, was locked, although this lock was installed on the inside of the door. To open it the Kohen had to put his arm through a hole in the wall next to the lock and insert the key into the lock from the inside. There was another door between the tau and the Heichal chamber, although the lock to this door was directly before him and could be opened in the normal manner (see Tamid 3:7). 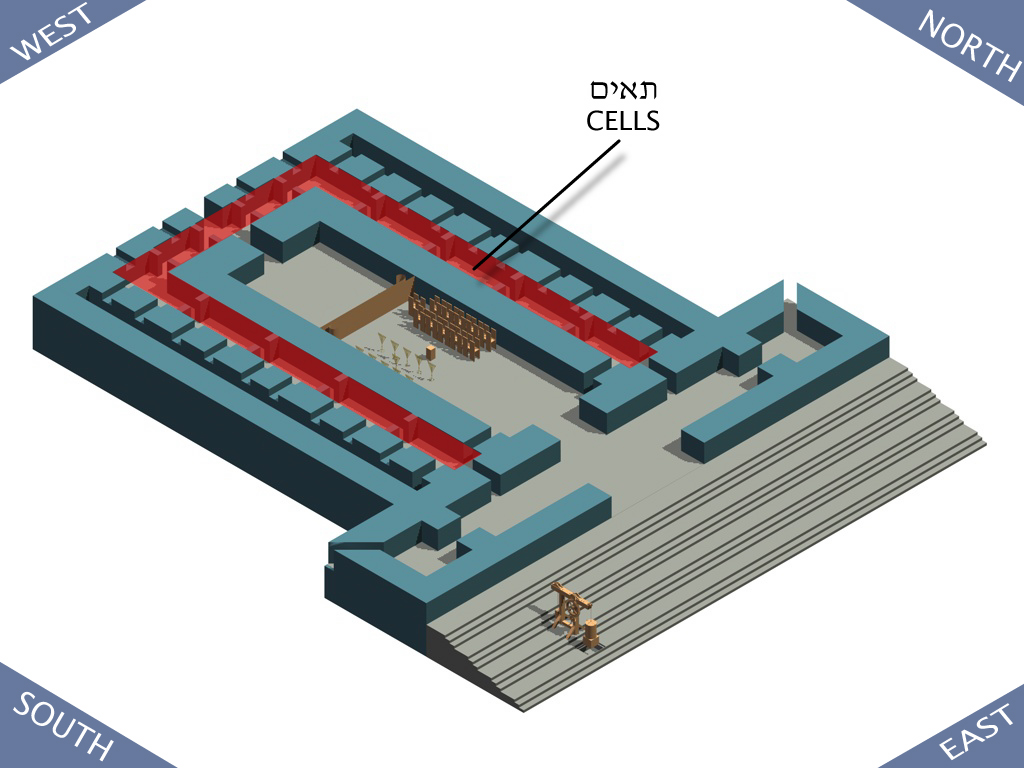 Thus, a total of four keys were needed to open the Heichal doors, which explains why the Gemara refers to the keys in the plural. Still, from the Gemara's account it appears that there were "many" groups of Kohanim each holding keys, implying that there were more than just four.

We find that the term Heichal is sometimes used to describe the entire Sanctuary Building (see Middos 4:6). If that is the case here then the "keys to the Heichal" would also include the keys used to unlock the doors of the tauim. [There were 38 tauim distributed over three levels. The first two levels had 5 tauim in the north, 5 in the south, and 3 in the west. The third level matched the other two except that there were only 2 in the west. For more information see this post.] Each tau connected to the tauim on either side of it and also to the one above it. Without working out the specifics of which of these openings had keyed locks and rather assuming simply that there was one key per tau gives us 38 more keys. Adding these to the four mentioned above yields about 42 keys. If each group of Kohanim in the Gemara's story was holding one key, this would certainly be enough to qualify as "many" groups. This approach would also explain why they refer to themselves as "treasurers" since the tauim were where the Temple's gold and silver was stored.

For further analysis of this Gemara see the explanation provided by the Kollel Iyun Hadaf.