This post contains the answer to last week's puzzle, a description of a handsome gift given to the Temple by a monarch, and some creative use of Lego® flexible tubing, all wrapped up in one.

Yoma 37b states that Queen Heleni of Adiabene donated a golden nivreshes [menorah] to the Temple which was installed over the entrance of the Sanctuary (on top of the building). When the sun rose in the morning, its rays would cause the menorah to sparkle and this would be the signal to the people of Jerusalem that the time for reciting the morning Shema had arrived (more on that here).

When the Romans built the commemorative Arch of Titus to mark the capture of Jerusalem and the sacking of the Second Temple, they included in one of the scenes a large, seven-branched menorah. There has been a long-standing debate among scholars whether this could be a depiction of the actual Menorah taken from the Sanctuary, but there are a number of clues suggesting that this must have been some other candelabra from the Temple. Owing to the prominent placement of the golden nivreshes atop the Antechamber, the Romans may have chosen this highly visible and well-known Temple icon as being representative of the edifice which it crowned and thus included it so prominently in their depiction.

This nivreshes presents a couple of challenges when building a small scale replica out of Lego®: The two-tiered octagonal base and the curved arms. Fortunately the angles of an octagon are 45˚ which matches the angle of standard Lego® slopes. Add a few technic pins (as I showed in the last post) and you get an octagon with perfectly smooth sides (no studs or recesses showing).

For the arms I could not find any standard brick that curved just right. Instead I resorted to using flexible hose pieces [with bent wire supports on the inside] to give them the right shape. 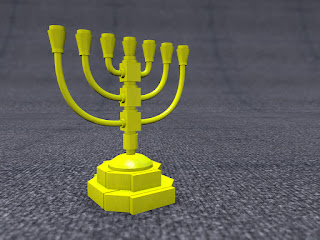 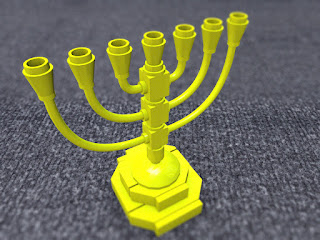 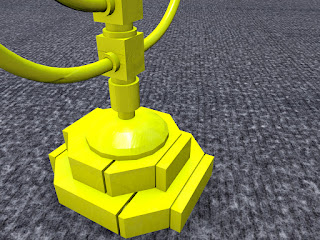 There are a number of companies that offer metallic plating for your Lego® models, and here is what the nivreshes looks like in real gold: 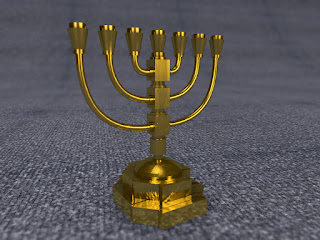